The first episode is up, and the podcast is a go!!!

Monkeys Took My Jetpack!
Posted by Josh Burnett at 7:22 PM No comments:

This is a thing of beauty. Well done, Blindgeek!
MTMJ Trailer!
Posted by Josh Burnett at 1:31 AM 2 comments:

Email ThisBlogThis!Share to TwitterShare to FacebookShare to Pinterest
Labels: monkeys took my jetpack

The "Monkeys Took My Jetpack" podcast is almost set to go!
This here is the banner I made for the site:

Posted by Josh Burnett at 7:27 PM No comments:

Email ThisBlogThis!Share to TwitterShare to FacebookShare to Pinterest
Labels: monkeys took my jetpack

I was marginally aware of the cartoonist Fletcher Hanks for some years, but it wasn't until a couple of years ago, when Leighton Connor let me borrow his copy of I Shall Destroy all the Civilized Planets, that I really gained a solid interest and appreciation for Hanks and his bizarre creations.  Fletcher Hanks is the Ed Wood of Golden Age comics. It's not that he was a bad artist or writer, his imagination and creativity just far exceeded his talent.  Stardust, Fantomah, and Space Smith are weird relics of the Golden Age, when the comics medium was still in its larval form, unsure of how it would develop. I love this kind of stuff.

So when Leighton asked if I wanted to help right a QAGS game based on the works of Fletcher Hanks (it's all public domain now), I leaped at the chance. The game will be called Leopard Women of Venus, and it's inspired by a single pannel of an ols Space Smith story.

Despite a number of setbacks over the past few months, I've really enjoyed working on the project. It's coming together nicely, now, and I can't wait to share it with the world.

At any rate, here are a few sketches I've done recently. I don't know if they'll all be in the book, but they're great  for juicing up my imagination. 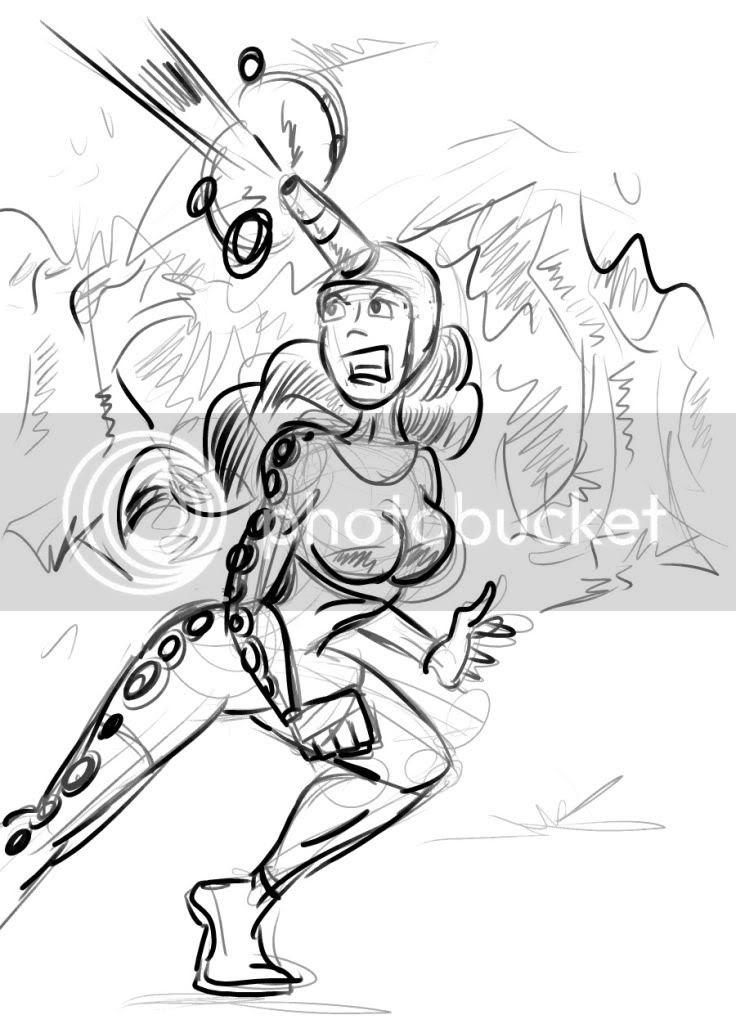 A Leopard Woman of Venus 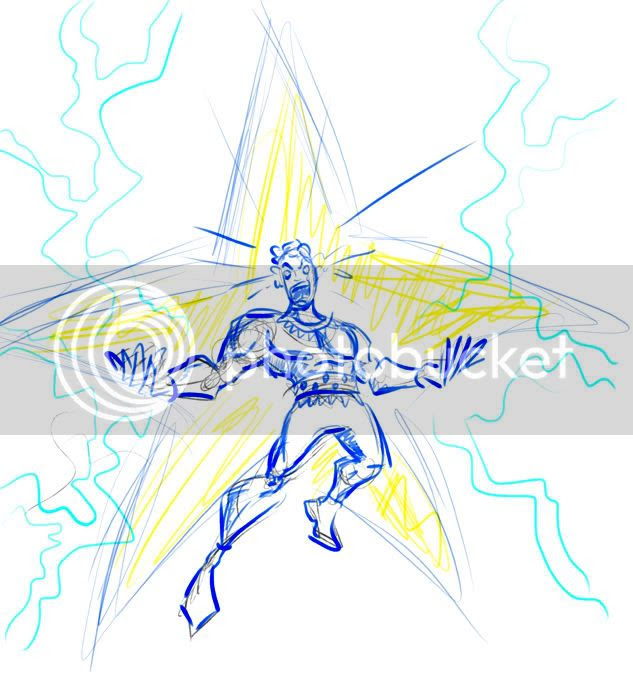 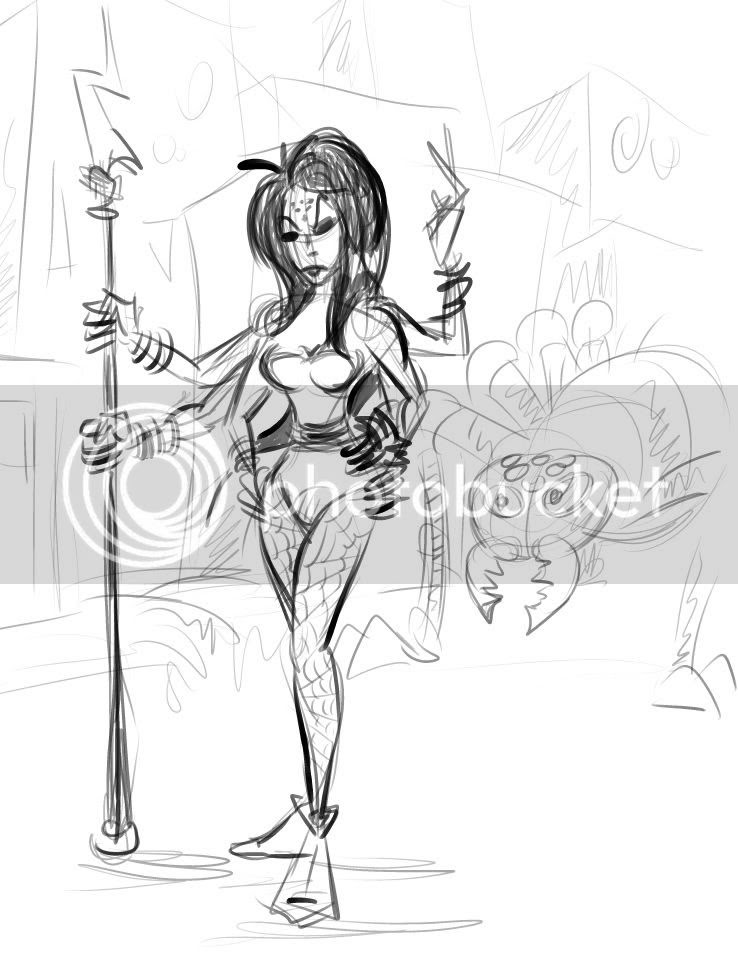 New Podcast in the works

Our group is branching off The Gutter Skypes with a new actual play podcast caled "Monkeys Took My Jetpack!"  We recorded our first session this Monday. It was a Pulp-Fu Wushu game that included several special guests.

We're still getting the website and the forums set up. Hopefully we'll get the first episode posted soon. Blindgeek's been working on audio logos, and I recorded a bumper tonight. It's all coming together smoothly. I'll post more as it all falls together.
Posted by Josh Burnett at 6:16 PM 4 comments:

Email ThisBlogThis!Share to TwitterShare to FacebookShare to Pinterest
Labels: monkeys took my jetpack, podcasts, wushu
Newer Posts Older Posts Home
Subscribe to: Posts (Atom)
Commissioning a sketch? Use the handy Paypal button below to make things super-simple!
Thanks for your patronage!